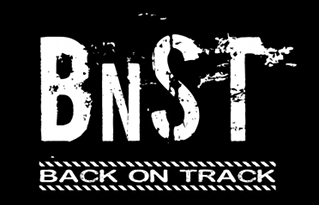 BnST (Brothers’n Strangers) is a Swedish rock band which where active during the most part of the 90th.
The band did unexpectedly comeback 2015 after receiving a call from God. Their album “Back on track” was released late spring 2015.
The singer Marcus Johansson who have been calling himself a Christian all of his life received Jesus in his heart for real 2014 and was saved from a lukewarm life. This led to that the band started up again.
From the old BnST there is Marcus vocal guitar, David Stenhoff guitar vocal and Samuel Marin bass. New member is Andreas Brolin drums. BnST now gig for one and only reasonav: To spread the gospel of the love of Jesus, that he has open the way to God for all people. The band also want to reveal the serious problem with lukewarmth and point out the path to deliverance!

We use cookies on our website to give you the most relevant experience by remembering your preferences and repeat visits. By clicking “Accept All”, you consent to the use of ALL the cookies. However, you may visit "Cookie Settings" to provide a controlled consent.
Cookie SettingsAccept All
Manage consent

This website uses cookies to improve your experience while you navigate through the website. Out of these, the cookies that are categorized as necessary are stored on your browser as they are essential for the working of basic functionalities of the website. We also use third-party cookies that help us analyze and understand how you use this website. These cookies will be stored in your browser only with your consent. You also have the option to opt-out of these cookies. But opting out of some of these cookies may affect your browsing experience.
SAVE & ACCEPT